Network Management Services has been serving the Eureka area since 1995, providing IT Support including technical helpdesk support, computer support, and consulting to small and medium-sized businesses.

The Most Devastating Hacks of 2018… So Far

Network security is a crucial consideration for every contemporary business owner, as there are just too many threats that originate from an Internet connection to be overlooked. One only has to look at what businesses of all sizes have dealt with, even within this calendar year, to gain an appreciation for how crucial it is that every business owner consider their cybersecurity.

Blockchain technology is mainly known for its use with cryptocurrencies. Even though the values of cryptocurrencies have leveled off after the incredible growth it has sustained over the past few months, users are still attempting to use cryptocurrencies to make a little bit of extra cash on the side. Of course, if there is money involved, you can bet that there will also be criminals and shady activity surrounding it.

Did You Know Your Router Can be Infected?

A new type of malware is targeting routers in what is considered a large enough threat that even the FBI is addressing it. Even worse, a router isn’t necessarily a device that you think would be vulnerable to attack from a hacker. What can you do to keep your business’ Internet access points secure from hacking attacks? Let’s dig in to the details about what the VPNFilter malware does and how you can address it.

Your Router Can Host Some Pretty Nasty Malware

Hundreds of millions of people use wireless Internet connections every day, and as a result, hackers are taking that as a challenge. They are now starting to develop malware that targets people through their routers. Recently, security researchers at Kaspersky Lab have discovered the malware named Slingshot. The code is designed to spy on PCs through a multi-layer attack that targets MikroTik routers. Today we take a look at Slingshot, and other router-based malware and what you can do about it.

How to Spot Three Forms of Phishing Attacks

One of the crazy things about hackers is that they will do whatever it takes to ensure that they steal as much information and sensitive data as possible. One of the more innovative ways that hackers spread threats is through spam. Unwanted messages have grown from simple annoyances, to the spread of unwanted software and malware, all the way to sophisticated attacks on targeted individuals known as phishing attacks. Do you have ways to secure your business?

Cybercrime continues to be a major threat to your organization’s security, and there’s no way to really escape it. Hackers are so prevalent on the Internet that you could actually be dealing with attacks from all sides. Phishing in particular has seen a dramatic rise over recent years, and you need to be wary of email scams designed to steal sensitive credentials.

Ransomware has grown in popularity since it first made itself known, but it wasn’t until just last year where it became a powerful presence in the cyber world. Ransomware encrypts the files of its victims and demands payment for the decryption key. In just one year, ransomware stole approximately $1 billion from its victims. Most notable, though, is that these victims were not just from large enterprises, but small companies, too.

Cybercriminals Who Use This Malware Will Get A Nasty Surprise

Do you know what a botnet is and how it works? It’s basically a network of infected computers that can be used to perform Distributed Denial of Service attacks, overloading target networks and forcing them to endure downtime. They can also be used to distribute malware and other threats. What’s worse than this, you ask? Hackers can purchase botnets on the black market to use against their targets, but a new type of botnet strain is changing the way this works.

5 Security Threats that Spell Doom for Any Organization

Fact: your business will always be susceptible to various security threats in at least some capacity. It’s up to you to counter these threats before falling victim to them. To help you with this, we’ll go over the top five threats that you need to be prepared for.

On June 12th, the U.S. Department of Homeland Security issued a warning to power grid operators and electric utilities concerning a newly surfaced malware called CrashOverride (aka Industroyer). Only, it’s not entirely new. The world has seen this before and the fallout from it is concerning.

These Police Officers Called for Backup... and it was Infected with Ransomware

The police exist to serve, protect, and enforce the law, but who can we turn to if even the cops are made victim of a cyberattack? This is the question the residents of Cockrell, Texas have to answer, as their police department fell victim to a ransomware attack known as the Osiris Ransomware.

Get to Know the 5 Most Common Cyber Threats

As a technology-using business owner, it’s your responsibility to take the security of your organization’s data seriously. This entails knowing the finer details of the many security threats that are out and about on the Internet. Here is a list that includes many of the major threats that you’ll want to keep a lookout for in the business world, and what you can do to stop them.

How a Single Data Breach Can Cost You Millions of Dollars

With all of the major data breaches making the news these days, it’s not very surprising when you hear about a new one. However, what is surprising is just how much the average cost per breach has skyrocketed in recent years. The cost of data breaches is up 29 percent since 2013, which equates to roughly $4 million per data breach.

Hackers of all shapes and sizes use brute force attacks to gain access into accounts and infrastructures, but do you know how they work and what your business can do to protect against them? Failing to understand brute force attacks could put sensitive information in the crosshairs of hackers, and leave it vulnerable to ongoing attacks.

Next time you see an unsolicited resume in your email, it’s worth scrutinizing before you just click on it. It could be a nasty new ransomware called Petya.

Do You Use Steam for PC Gaming? Watch Out for this New Malware!

Malware has traditionally targeted industries that are exceptionally profitable. For example, hackers like to target retailers for their wealth of financial credentials. One of the most profitable industries, entertainment, is also subject to similar torment, including Steam, the PC gamer’s most valuable tool for gaming binges. 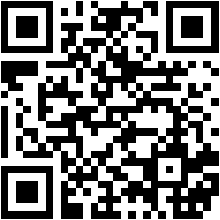