What Volkswagen is Doing to Prevent Hackers From Controlling Your Car

Today’s cars are equipped with more complicated computer systems that allow users access to cutting-edge technology and services. Due to the increasing number of cyber attacks on computerized cars, Volkswagen has chosen to team up with three Israeli cybersecurity experts to equip advanced vehicles with the proper security solutions.

Ownership and investments made by both parties haven’t been made public yet, the new partnership has adopted the name Cymotive, and its goal is clear. Its chairman, Yuval Duskin, formerly sat at the helm of the Israeli Security Services, and said: “Together with Volkswagen we are building a top-notch team of cyber security experts. We are aware of the significant technological challenges that will face us in the next years in dealing with the cyber security threats facing the connected car and the development of the autonomous car."

It’s dangerous to assume that a hacker can’t get to you in your own car. Bluetooth connectivity and computerized dashboards have given criminals brand new ways to infiltrate connected cars. Researchers have recently discovered a way for an intruder to hack into Volkswagen vehicles using nothing but an inexpensive radio kit. This flaw affects vehicles sold since 2000, so there’s huge potential for this to cause trouble for millions of owners.

Volkswagen is far from being the only car manufacturer that produces systems that are at risk. Check out this YouTube video where two seasoned hackers use a laptop to control a Jeep Cherokee. They connected the laptop to the controller area network (or CAN bus) and were able to take complete control of the vehicle’s brakes. While this is a local hack, it could very well become a threat that could be controlled remotely.

Though the video seems proof enough that this trend is a problem, upon submitting their findings to Fiat Chrysler Automobiles--the manufacturer of the Jeep brand--their findings were swiftly dismissed as invalid and inappropriate, claiming that sharing “how-to information” could put the public at risk. They further claimed that the attack required considerable technical knowledge to use, and that the flaws had already been addressed.

Granted, hackers are always trying to find new vulnerabilities and exploits to test their mettle against. Whether it’s a vehicle computer or a corporate workstation, you can bet that in the near future hackers will find ways to infiltrate and exploit them. This race won’t end anytime soon, so it looks like hackers and cyber security professionals will be trapped in an endless cycle of hack or be hacked.

Will your next automotive purchase include a computerized system, or would you rather keep it simple? Let us know in the comments. 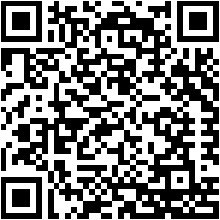